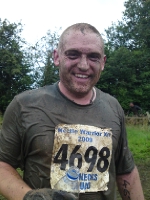 Graham Matthew bravely took part in the Tough Guy Nettle Warrior event raising a fantastic £100 in sponsorship. A huge thank you for your efforts Graham!

Animal Friends - A BIG THANK YOU

to Animal Friends Insurance for their donation of £1500 to Whitby Dog Rescue in their October 2013 Charity of the Month Facebook page. Many thanks to Animal Friends and also to everyone who nominated us on Facebook! www.animalfriends.co.uk

http://www.whitby-in-shorts.org.uk/index.html
Thank you so much to Whitby In Shorts independant short film festival for its continued support to us through their box office sales. 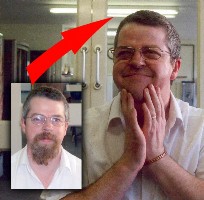 Mark Nicholson shaved his impressive beard off to raise money for us - Thank You! 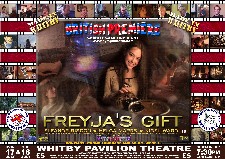 Independent film shot in Whitby! Premier held on 17th & 18th July 2007 at the Whitby Pavilion. We are very grateful that we received half of the profits from the screening together with the Whitby RNLI. http://www.symphonetix.com/ 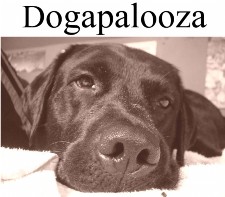 We are very grateful to all at the Whitby Open Mic notes (held every Thursday at Beez Bar, Wellington Street) for donating 100% of the proceeds of their Thursday Night Live CD to us. CD's are available direct from us for £8 or from Diamond Music, Flowergate & Folk Devile, Sandgate for £10 (£2 to the shop & £8 to WDR) 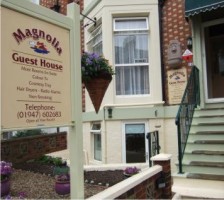 Martin Boyes
Owner of the Magnolia Guesthouse is a great supporter of us regularly collecting hundreds of pounds for the rescue and also providing us with fabulous cards and mounted photographs of local Whitby landmarks to sell, all produced by himself. A BIG Thank You !
http://magnoliawhitby.co.uk/

And a special BIG THANK YOU to everyone at ANIMAL CRACKERS for putting their time & effort into keeping our dogs happy, healthy & safe until we can find them a permanent home with their new owners.